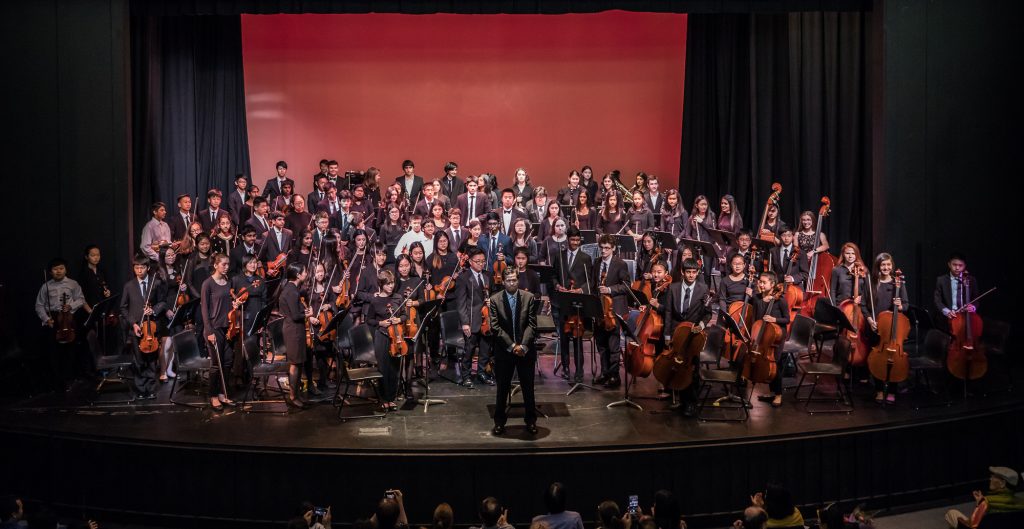 Mr. Ryo Fukuda has conducted the Concert Orchestra since the 2011-2012 Season. Ryo had been the conductor of the Intermezzo String Ensemble for many years previously. 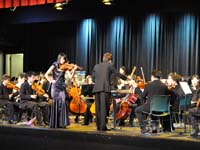 The Concert Orchestra performs three concerts per season at the Hammer Theatre and at Archbishop Mitty High School’s Kinkade Performing Arts Center.  The concerts feature the prior season’s Solo Competition winners who perform as soloists with the orchestra. Concert admission is $5 for adults; $2.50 for students and seniors; and free for kids under 5.

Here is a video of a recent performance.

In every concert set musicians will participate in up to two sectionals ( special coaching sessions in their individual instruments) by leading professional musicians in the Bay Area. Approximately every 3 – 4 weeks the orchestra will be divided into their individual sections, where they will work during their regular rehearsal time, focusing on musicianship and technique with the sectional coaches.

In addition, at the start of each set (group of rehearsals leading to a concert), the orchestra musicians will take part in seating auditions, heard by outside judges (professional musicians) who will hear each musician play individually and rank them according to their preparedness of the repertoire, technique and musicality. The seating auditions are held anonymously to ensure complete fairness.